Two hundred years after Napoleon Bonaparte suffered his final military defeat, Corsica, his birthplace, stubbornly resists its own cultural Waterloo. Though this Mediterranean island has deep, historic ties to Italy and has been part of France since 1769, its 300,000 inhabitants retain a fierce pride in their own unique culture, including the proverb-rich Corsican tongue. But to keep that birthright vibrant in the face of tourism and its homogenizing effects, their battle remains constant.

Fortunately, most of the island’s three million annual visitors come for the undeniable pleasures of the coast or for the thrill of visiting historic La Maison Bonaparte, in the city of Ajaccio. All of which leaves the island’s mountainous interior largely untouched. “Go inland and you will find the soul of Corsica,” advises Jean-Sébastien Orsini, director of a traditional Corsican polyphonic choir in the foothill town of Calanzana.


When to Go: May-June and September-October for walking, hiking, biking, and horseback riding; July-August (peak tourist season) for beaches and water sports

How to Get Around: Corsica has four commercial airports: Bastia (northeast), Ajaccio (southwest), Calvi (northwest), and Figari (south). Although driving is the most convenient way to travel around the island, many roads are narrow and winding. For shorter trips, hike, bike, or walk. Classic Journeys offers a six-night, seven-day Sardinia-Corsica cultural walking tour, and Corsican Places leads guided, weeklong cycling trips, including bike rental. Sign on with Tour Adventure to trek interior Corsica’s bucket list-worthy GR20, a challenging 112-mile hiking route. 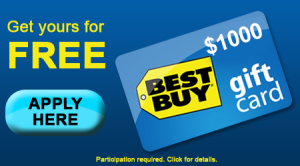 Where to Stay: Carpe Diem Palazzu, a six-suite, pastoral estate in the village of Eccica-Suarella, is a convenient base for both sea and mountain activities. Access to the Ajaccio airport, beaches, and water sports (including sailing, scuba diving, and jet skiing) is about 20 minutes away by car. Hotel staff can also arrange various inland adventures, such as horseback riding, canyoning, river kayaking, and fishing. To stay in the mountains, pitch a tent or rent a rustic cabin at Alivetu campground in Corte. Open May-September.

Where to Eat or Drink: Castagne (chestnut) is the flavor of Corsica. Look for chestnut-flavored ice cream, Pietra ale brewed from chestnut flour, suppa di castagne (chestnut soup), and chestnut-flour beignets stuffed with brocciu, Corsica’s ricotta-like cheese (made with goat or ewe’s milk).

What to Buy: Look for homegrown products such as fig jam, Muscat wine, and honey at the farmers market on Boulevard du Roi Jérôme in Ajaccio (closed Mondays). Pottery, stoneware, baskets, and knives are some of Corsica’s best known artisanal items. Visit metalworker and cutlery maker Patrick Martin’s atelier (workshop) in Calvi to see how Corsican knives and daggers are crafted and to buy a traditional shepherd’s knife with a curved ram’s horn handle.

Practical Tip: Bonifacio is touristy but worth a visit for the spectacular views. Walk the cliff-top path out toward Capo Pertusato just before dawn to see the cliffs change from chalky white to warm orange as the sun rises.

What to Read Before You Go: Jérôme Ferrari's philosophical Corsican epic The Sermon on the Fall of Rome (MacLehose Press, English edition, 2014), 2012 winner of France’s top literary prize, follows a young philosophy student whose idealistic dreams are dashed by violence and corruption.
Helpful Links: Visit-Corsica and France Tourism

Fun Fact: The likelihood of spotting one of Corsica’s European mouflon (wild sheep) is greater if you hike in the mountains, but the odds still aren’t very good. The wild and wily sheep with outsize, sickle-shaped horns (males only) are nocturnal and live in the island’s thickly wooded and rugged interior.

Insider Tip From Christopher Hall: In bakeries across the island, look for golden brown fiadone, a classic Corsican cheesecake of lemon zest and ricotta-like brocciu cheese made with sheep’s or goat’s milk.