The Island of Capri is one of the most picturesque and visited locations in Campania. Its unique beauties were celebrated in ancient times and later published for the world in Homer's works: Odysseus (known in Latin as Ulysses) sailing past the island, narrowly escaped the fate of those who hear the voices of the Sirens.

Thus the island has a mythical charm, as well as its natural treasures, through the writings and legends of Ancient Greece. Its breathtaking landscapes and beauty stretch from the rocky caves around the island to the edge of the horizon, and has been an inspiration to poets, lovers and travelers throughout the centuries.
Geologically speaking, the island is Karst, underlaid with limestone which has been eroded by dissolution over the years forming fantastical ridges towers and sinkholes in the rock. This process over time separated Capri from the mainland.
The island of Capri is composed of two municipalities: Capri and Anacapri, each with their own administration and touch of regional rivalry. The latter is built on a high plateau, affording staggering views of sheer cliffs from dizzying vantage points. 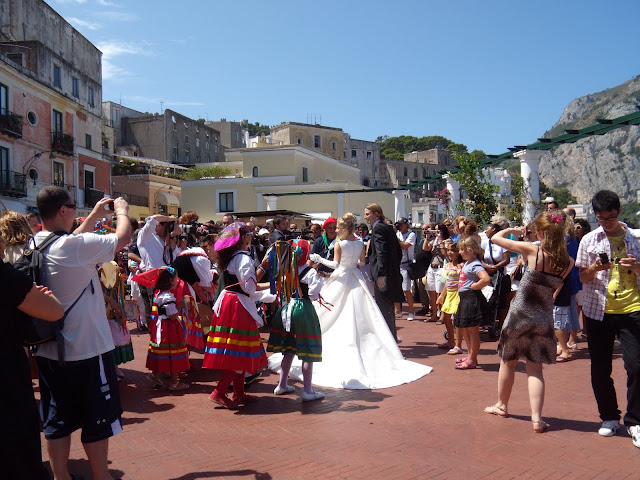