Flea and Antique Markets no.6 "The All Night Flea Market, Wheaton, Illinois" 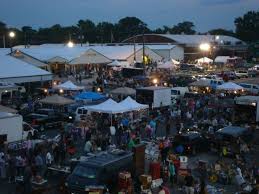 The Wheaton All-Night Flea Market begins on Saturday afternoon at 4 p.m., at the DuPage County Fairgrounds, at 2015 Manchester Rd. in Wheaton.
Organizer Robert Zurko tells the Daily Herald the event is one of a kind, with dealers coming in from all across the country. In fact, the Daily Herald points out, the Discovery Channel calls it one of the top 10 flea markets in America.

Among the entertainment headliners at the flea market are Lou Ferrigno, who is best known for portraying the Incredible Hulk on CBS from 1977 to 1982; Larry Thomas, who appeared as the Soup Nazi in “Seinfeld;” actor Robert Z’Dar of “Tango & Cash” and “Maniac Cop,” and Undead Johnny of the Comcast cable program “The World of the Weird Monster Show,” among several others.
Female impersonator extraordinaire Miss Foozie will break out of her usual environs on North Halsted Street to attend the flea market, and R&B singer-songwriter Harvey Scales will perform a concert.
You can also buy from hundreds of vendors. 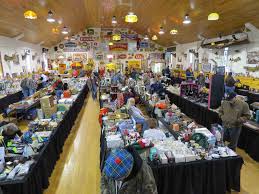 To get into the DuPage County Fairgrounds, admission is $7.