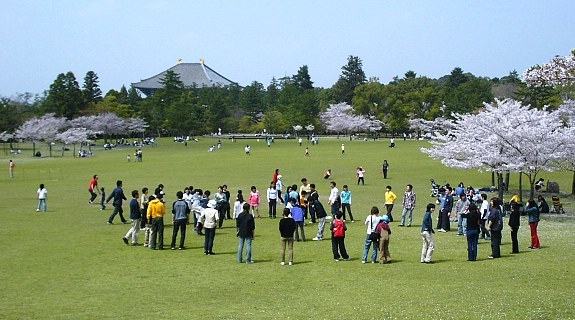 Nara Park (Nara Koen) is a large park in central Nara. Established in 1880, it is the location of many of Nara's main attractions including Todaiji, Kasuga Taisha, Kofukuji and the Nara National Museum.
The park is home to hundreds of freely roaming deer. Considered in Shinto to be messengers of the gods, Nara's nearly 1200 deer have become a symbol of the city and have been designated a natural treasure.
Like the deer on Miyajima, Nara's deer are surprisingly tame, although they can be rather aggressive if they think you will feed them. Deer crackers are for sale around the park, and some deer have learned to bow to visitors asking to be fed.