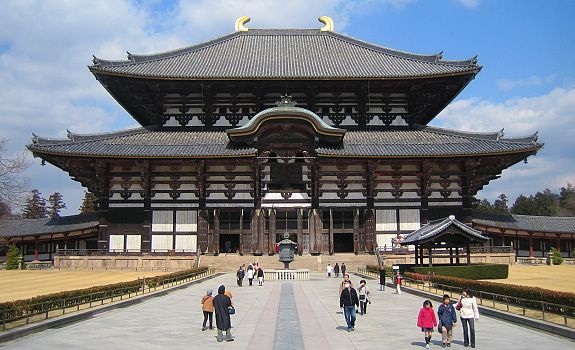 Todaiji Temple
Japan's first permanent capital was established in the year 710 at Heijo, the city now known as Nara (奈良). As the influence and political ambitions of the city's powerful Buddhist monasteries grew to become a serious threat to the government, the capital was moved to Nagaoka in 784.
Nara is located less than one hour from Kyoto and Osaka. Due to its past as the first permanent capital, it remains full of historic treasures, including some of Japan's oldest and largest temples.