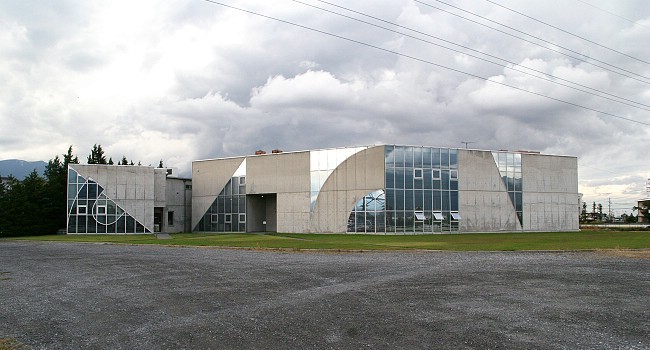 The Japan Ukiyoe Museum (Nihon Ukiyoe Hakubutsukan) exhibits ukiyoe (woodblock prints) from the vast collection of the Sakai family. One of Matsumoto's wealthiest merchants of his time, Sakai Yoshiaki started collecting ukiyoe and other pieces of art roughly 300 years ago. His descendants have been enlarging the collection to over 100,000 pieces, making it one of the world's largest private art collections.
Compared to the size of the collection and the museum building, the number of works exhibited in the Japan Ukiyoe Museum is rather small, partly due to the fact that the building was originally built solely for storage rather than exhibition purposes. English descriptions for the exhibits are brief.