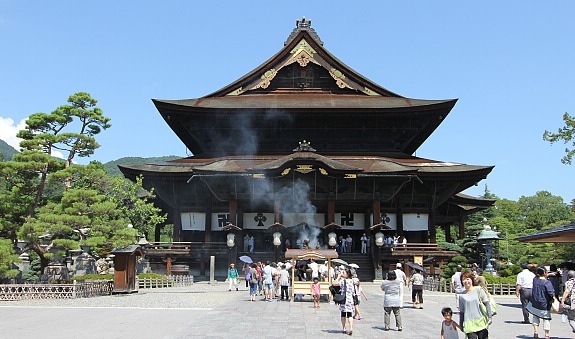 Nagano's Zenkoji Temple in is one of the most important and popular temples in Japan. It was founded in the 7th century and stores the first Buddhist statue ever to be brought into Japan when Buddhism was first introduced in the 6th century. The original statue is hidden while a copy of it is shown to the public every six years for a few weeks. The next opportunity will be in 2015.

The significance of Zenkoji to the development of Nagano was instrumental: many major Japanese cities have evolved either from castle towns, harbor towns or temple towns. In the case of Nagano, it grew from a temple town which developed around its temple of great importance, Zenkoji. 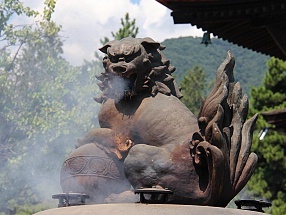 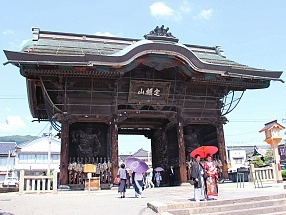 Most recently rebuilt in 1707, Zenkoji's main hall is nicely ornamented and contains various Buddhist statues. A fee is required to enter the hall's inner chamber, where visitors can take a closer look at the temple's main altar. In the basement of the inner chamber is an underground passage, which visitors walk through in complete darkness in search of the "key to paradise". The key is attached to a wall along the corridor and is believed to grant salvation to anybody who touches it.


A short walk behind the main hall stands a relatively recently built pagoda which houses the Zenkoji History Museum. The museum showcases a collection of intricately carved statues of different Buddhas and Bodhisattva, allowing one to appreciate up-close the characteristics of each. There is also a display of 100 Rakan, the disciples of Buddha. 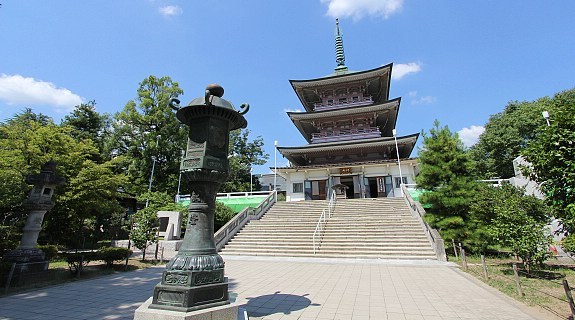 South of the main hall is the Sanmon Gate, the temple's main gate which dates back to 1750. This designated important cultural property can be entered and houses statues of the Monju Bodhisattva and the four heavenly kings (Shitenno). Its second story offers views of the temple approach.

Just outside the Sanmon Gate stand one large and six medium sized statues of Jizo Bodhisattva. The temple approach leading up to this point is lined with shops selling local specialties and souvenirs, as well as small restaurants. At the southern end of the approach is Niomon Gate, the outer gate of the temple which is guarded by a pair of Nio Guardians.


The many abodes lining the streets parallel to the main temple approach indicate just how well received Zenkoji has traditionally been. Today, accommodation at these temple lodgings (shukubo) is still popular, especially for those who would like to visit the temple at sunrise to participate in its daily morning service (Oasaji). At the service, a solemn ceremony is held, during which visitors receive blessings from a top priest or priestess. 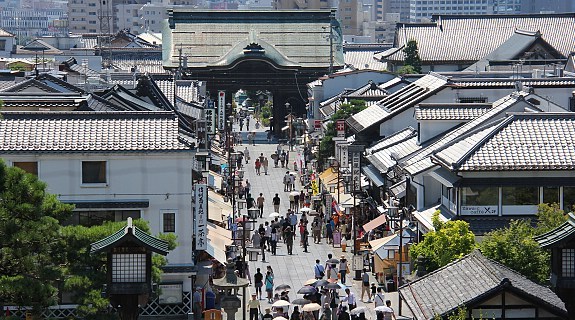