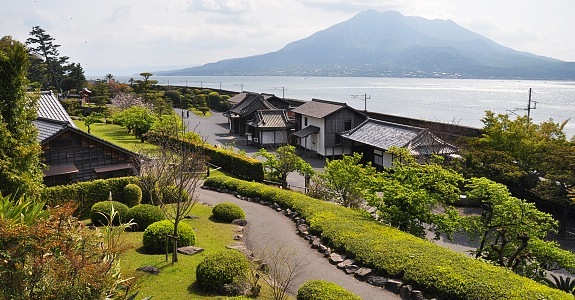 Senganen Garden and the borrowed scenery of Kagoshima Bay and Sakurajima

Senganen Garden, also known as Isoteien, is a Japanese style landscape garden along the coast north of downtown Kagoshima. One of the garden's most striking feature is its use of Sakurajima and Kagoshima Bay as borrowed scenery. The garden also includes small ponds, streams, shrines and a bamboo grove.

Senganen was constructed in 1658 by the wealthy Shimazu Clan, one of the most powerful feudal clans during the Edo Period (1603-1867). The Shimazu ruled the Satsuma domain (present day Kagoshima) for almost 700 years until the end of the feudal age in 1868. They continued to be influential into the modern era as some of the earliest adopters of Western science and technology.


At the center of the garden stands the Iso Residence. The residence was originally built in 1658 along with the rest of the garden, but the current building mostly dates back to a reconstruction of the mid 1880s. After the end of the feudal age, the Iso Residence became the main residence of the Shimazu family, and its rooms are preserved in the way they were used in the 1890s. The interior of the residence can only be seen on a paid tour that includes tea and a snack at the end. 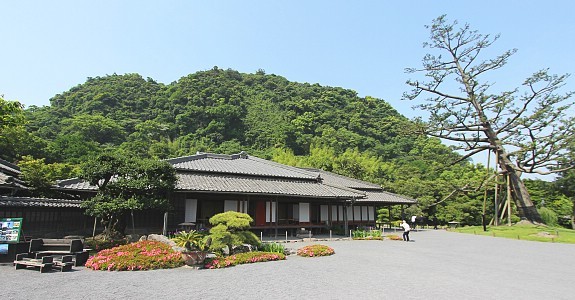 Senganen has a variety of trees and plants that make the garden scenery interesting in all four seasons. There are a number of cherry trees, especially of the early flowering kanhizakura variety, which open as early as late January. Other cherry tree varieties provide flowers through mid April.

Outside the main garden area, but included in the admission price, stands a long stone building that used to serve as one of the earliest Western style machinery factories in Japan. Today it houses the Shoko Shuseikan Museum with exhibits about the culture and maritime activities of the Shimizu Clan and the early factory and machines which contributed to Japan's modernization in the 1800s. 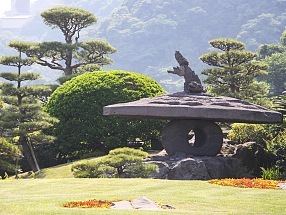 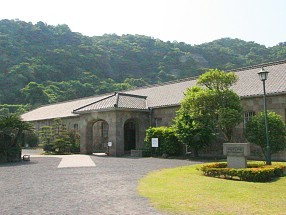