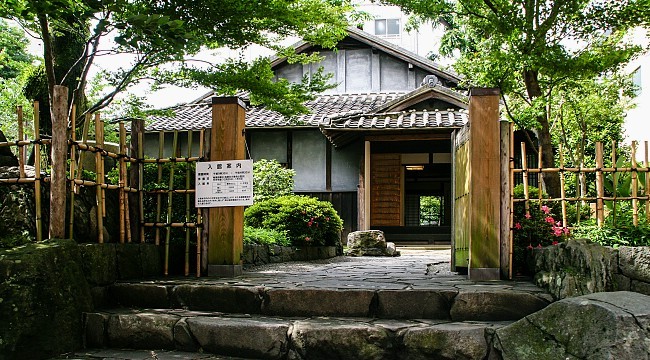 Lafcadio Hearn (1850-1904), known in Japan under his Japanese name Koizumi Yakumo, was among the first Western authors to write books about Japan. His most famous works include "Glimpses of Unfamiliar Japan" and "Kwaidan: Stories and Studies of Strange Things".
Hearn immigrated to Japan in 1890 and spent the rest of his life there. After spending a year in Matsue, Shimane Prefecture, Hearn resided several years of his life (1891 to 1894) in Kumamoto City. Today, his former Kumamoto residence (小泉八雲熊本旧居, Koizumi Yakumo Kumamoto Kyūkyo) is open to the public and contains a small museum about the author.