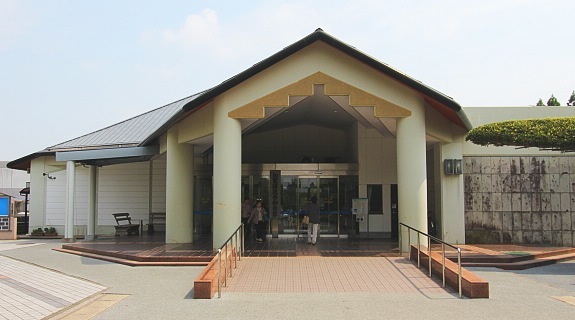 The Chiran Tokko Museum (知覧特攻平和会館, Chiran Tokkō Heiwa Kaikan) preserves documents, letters and belongings of the members of the special attack corps, also known in English as "kamikaze pilots". It is located on the site of an airbase from where the pilots took off for their final missions.
Towards the end of World War 2, the Japanese armed forces resorted to suicide attacks, in which pilots would deliberately fly their planes into enemy warships. It was hoped that these attacks would repel the Allied Forces just like the "divine winds" (kamikaze) dispersed Mongolian invasion forces in the 13th century. The formal name for these suicide attack units was Tokko-tai (special attack units).
The museum does not try to glorify the battles of the Tokko-tai, but instead focuses on the personal details of the pilots' lives. Letters to loved ones, final letters before departure, pictures during breaks in training and photos of every single pilot are all on display. There is, furthermore, a considerable amount of technical information about the Tokko-tai, including recovered planes and various models.
Beside the Chiran Tokko Museum stands the Chiran Museum, which focuses on local history and culture with models of the town and historical displays. Travelers with some extra time can buy a combination ticket that includes entry to the Chiran Museum for only an extra 100 yen.