The outer islands of the Southern Jersey coast are romantically entwined with legends of pirate chieftains fighting battles to the death on sandy beaches, of buried treasure beneath every dune, of whalers rushing for boats when the cry of "Thar' She Blows" echoed from lookout stations. Mysterious cargoes landed in the dead of night and were quickly gathered by horsemen who disappeared in the deep shadows of the pines, according to legend. Pages of the past are so cluttered with this type of adventure that even dedicated historians are hard put to separate fact from fiction. However, no legend of the colorful Southern Jersey seashore history matches the sight of a 65-foot high wooden Elephant astride the beach looking out into the mists of the sea, a spectacle that according to historians made many coastwise seamen of the tramp ships from the West Indies swear off their rum rations for days.

There is the story of one young seaman on his first voyage who had the early evening watch as his ship made it up the coast on its way to New York harbor. 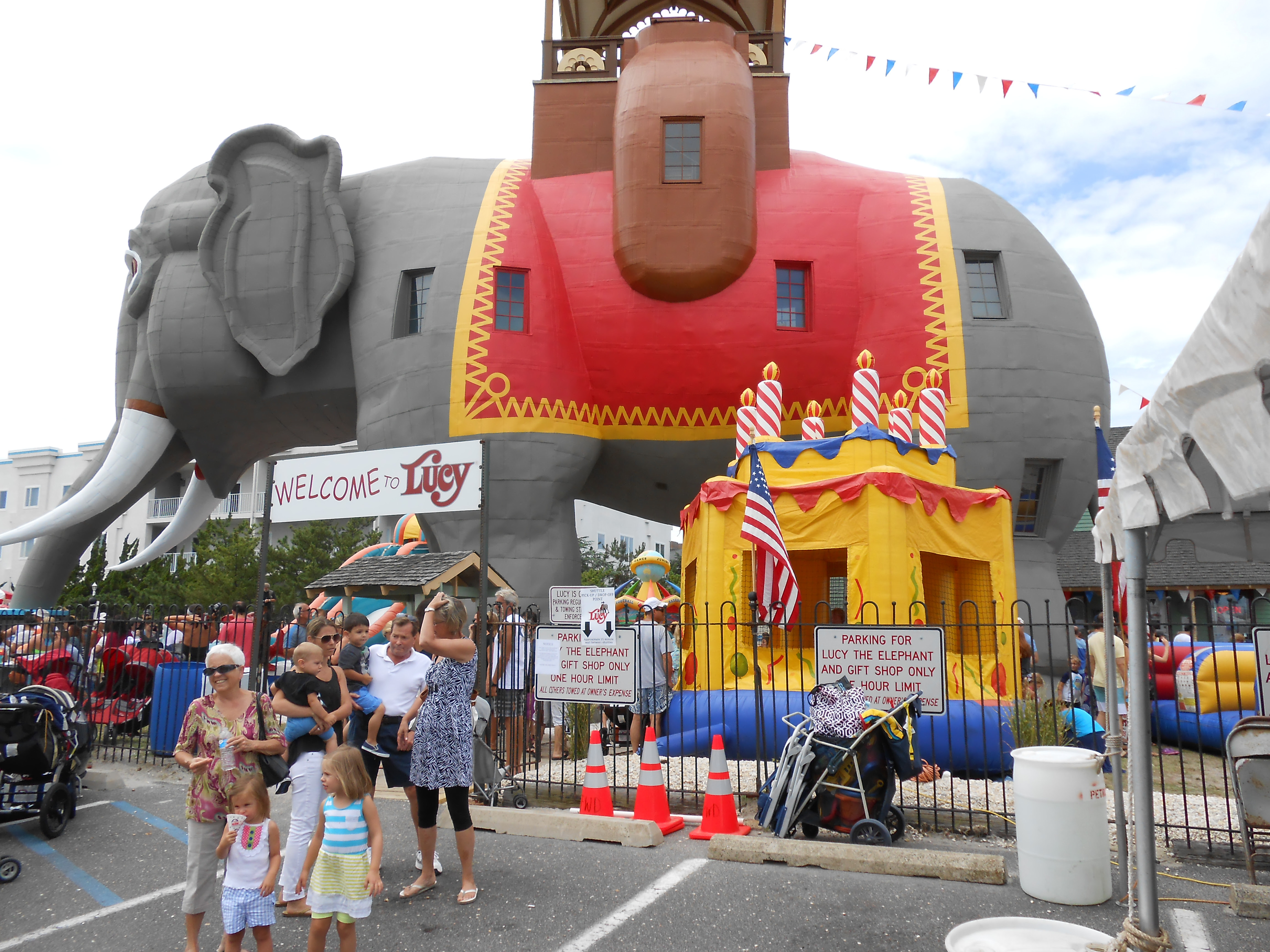 The captain thinking the seaman had gone berserk rushed to the deck. Lifting his long glass to the shoreline he also exclaimed: "Elephant!", wiped off his glass and after a second look confirmed the fact that there was a giant beast standing among the dunes and eel grass of lower Absecon Island. The captain's report at anchoring in New York harbor brought a score of news people and the curious southward into New Jersey to investigate. After a long, dusty ride from the upper part of Absecon Island to what was then called South Atlantic City, the investigators found that the Elephant was no mirage. Here it stood in full majesty, king of all it surveyed. 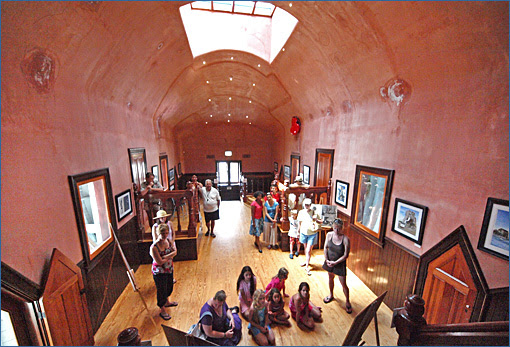 Metropolitan newspapers the next day were telling the story of a wooden Elephant, which later would become known as "Lucy", much to the delight of land speculator James V. Lafferty, Jr., who was responsible for the designing and building of the strange pachyderm. James Vincent de Paul Lafferty, Jr., was born in Philadelphia, Pa., in 1856 of prosperous Irish immigrant parents from Dublin, Ireland. Lafferty, and his wife, Mary Cecelia Tobin, had five children, two of whom died in their childhood. Surviving were Mazie, James III, and the youngest son, Robert.

Lafferty, who grew up to be an engineer and inventor, came into possession of a number of sandy lots in the South Atlantic City area. They were cut off from the frame houses and mule-drawn street cars of Atlantic City, by a deep tidal creek. Only at low tide could anyone make his way down to the sands of his properties. Most of South Atlantic City at that time was a combination of scrub pine, dune grass, bayberry bushes and a few wooden fishing shacks.

Once Lafferty hit upon the Elephant idea he enlisted the aid of a Philadelphia architect named William Free to design this unusual structure he felt would attract visitors and property buyers to his holdings. The Elephant was constructed in 1881 by a Philadelphia contractor at a reported cost of $25,000, which at the time was a considerable amount of money. Lafferty always claimed that before the work was finished the cost Skyrocketed to $38,000.

To protect his original idea, Lafferty applied for and received a patent from the U.S. Government. He made his original application June 3, 1882, and received the patent, No. 268, 503, on Dec. 5, 1882. In his application Lafferty stated: "My invention consists of a building in the form of an animal, the body of which is floored and divided into rooms ... the legs contain the stairs which lead to the body ...". Lafferty also included a paragraph which stated the building "may be in the form of any other animal than an elephant, as that of a fish, fowl, etc."  What his intentions were in adding that paragraph have never been clear. He never attempted a building in any of the forms mentioned.

It is believed that most of the materials were brought to the site by boat although there was rail service of a sort in the upper part of Absecon Island where the infant resort of Atlantic City was just getting underway. By 1881 Lafferty was placing advertisements in area and Philadelphia newspapers offering building lots in "fast booming South Atlantic City". Lafferty eventually extended himself too far in his land deals both at the Jersey Shore and in New York and by 1887 sought to unload his South Atlantic City holdings. He offered the Elephant and other property for sale and found a willing buyer in Anton Gertzen of Philadelphia.

Lafferty died in 1898 and is buried in the family vault, in the cemetery of St. Augustine's Catholic Church, one of Philadelphia's oldest churches (1796), which still stands in the shadow of the Benjamin Franklin Bridge.