The Uffizi Gallery (Italian: Galleria degli Uffizi, pronounced [ɡalleˈriːa deʎʎufˈfittsi]) is an art museum in Italy. It is located in Florence, and among the oldest and most famous art museums of Europe.

The building of Uffizi was begun by Giorgio Vasari in 1560 for Cosimo I de' Medici so as to accommodate the offices of the Florentine magistrates, hence the name uffizi, "offices". The construction was later continued by Alfonso Parigi and Bernardo Buontalenti and completed in 1581. The cortile (internal courtyard) is so long and narrow, and open to the Arno at its far end through a Doric screen that articulates the space without blocking it, that architectural historians[2] treat it as the first regularized streetscape of Europe. Vasari, a painter and architect as well, emphasised its perspective length by the matching facades' continuous roof cornices, and unbroken cornices between storeys and the three continuous steps on which the palace-fronts stand. The niches in the piers that alternate with columns filled with sculptures of famous artists in the XIX century.

The Palazzo degli Uffizi brought together under one roof the administrative offices, the Tribunal and the Archivio di Stato, the state archive. The project that was planned by Cosimo I de' Medici, Grand Duke of Tuscany to arrange prime works of art in the Medici collections on the piano nobile was effected by Francis I of Tuscany, who commissioned Buontalenti the famous Tribuna degli Uffizi that united a selection of the outstanding masterpieces in the collection in an ensemble that was a star attraction of the Grand Tour. 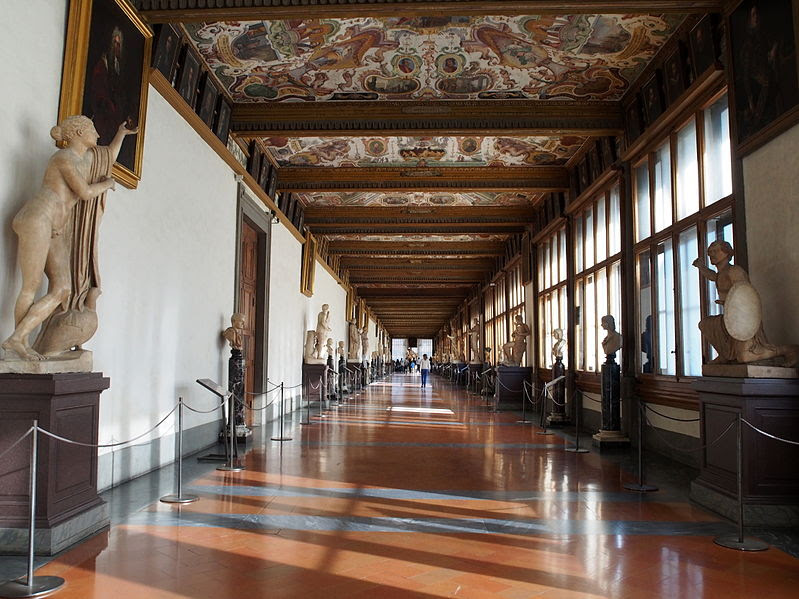 Over the years, further parts of the palace evolved into a display place for many of the paintings and sculpture collected by the House of Medici or commissioned by them. According to Vasari, who was not only the architect of the Uffizi but also the author of Lives of the Artists, published in 1550 and 1568, artists such as Leonardo da Vinci and Michelangelo gathered at the Uffizi "for beauty, for work and for recreation." 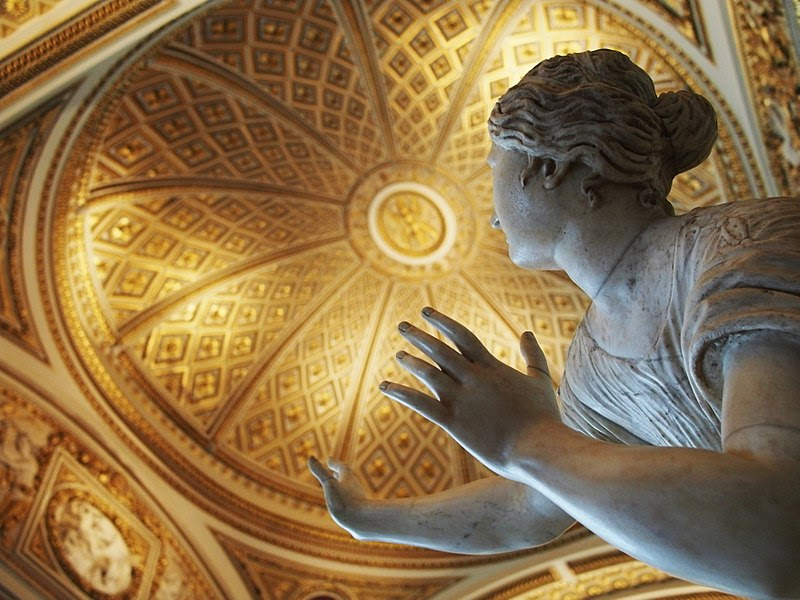 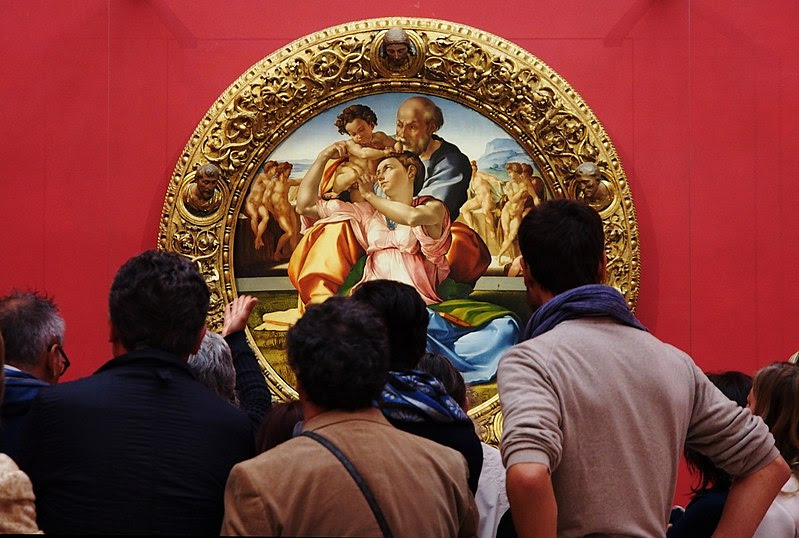 After the house of Medici was extinguished, the art treasures remained in Florence by terms of the famous Patto di famiglia negotiated by Anna Maria Luisa, the last Medici heiress; it formed one of the first modern museums. The gallery had been open to visitors by request since the sixteenth century, and in 1765 it was officially opened to the public.
Because of its huge collection, some of its works have in the past been transferred to other museums in Florence—for example, some famous statues to the Bargello. A project is currently underway to expand the museum's exhibition space in 2006 from some 6,000 metres² (64,000 ft²) to almost 13,000 metres² (139,000 ft²), allowing public viewing of many artworks that have usually been in storage.
In 1993, a car bomb exploded in Via dei Georgofili and damaged parts of the palace, killing five people. The most severe damage was to the Niobe room and classical sculptures and neoclassical interior of which have been restored, although its frescoes were damaged beyond repair. The identity of the bomber or bombers are unknown, although it was almost certainly attributable to the Sicilian Mafia who were engaged in a period of terrorism at that time.
Today, the Uffizi is one of the most popular tourist attractions of Florence. In high season (particularly in July), waiting times can be up to five hours.
In early August 2007, Florence was caught with a large rainstorm, and the Gallery was partially flooded, with water leaking through the ceiling, and the visitors had to be evacuated. There was a much more significant flood in 1966 which damaged most of the art collections in Florence severely, including the Uffizi.