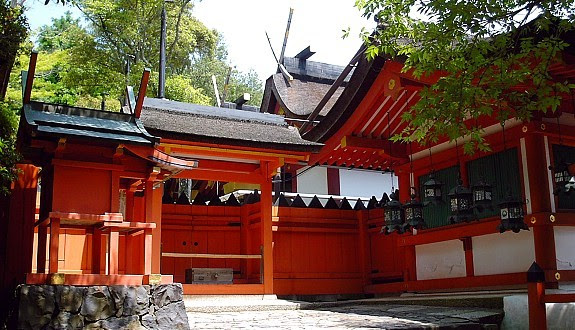 The main sanctuary of Kasuga Taisha

Kasuga Taisha is Nara's most celebrated shrine. It was established at the same time as the capital and is dedicated to the deity responsible for the protection of the city. Kasuga Taisha was also the tutelary shrine of the Fujiwara, Japan's most powerful family clan during most of the Nara and Heian Periods. Like the Ise Shrines, Kasuga Taisha had been periodically rebuilt every 20 years for many centuries. In the case of Kasuga Taisha, however, the custom was discontinued at the end of the Edo Period.
Beyond the shrine's offering hall, which can be visited free of charge, there is a paid inner area which provides a closer view of the shrine's inner buildings. Furthest in is the main sanctuary, containing multiple shrine buildings that display the distinctive Kasuga style of shrine architecture, characterized by a sloping roof extending over the front of the building.

Kasuga Taisha is famous for its lanterns, which have been donated by worshipers. Hundreds of bronze lanterns can be found hanging from the buildings, while as many stone lanterns line its approaches. The lanterns are lit twice a year on the occasion of the Lantern Festivals in early February and mid August.
There are over a dozen auxiliary shrines in the woods around Kasuga Taisha, twelve of which are on the path past the main shrine complex and comprise a tour of the twelve lucky gods. These include Wakamiya Shrine, an important cultural property and known for its dance festival, as well as Meoto Daikokusha, which enshrines married deities and is said to be fortuitous to matchmaking and marriage. 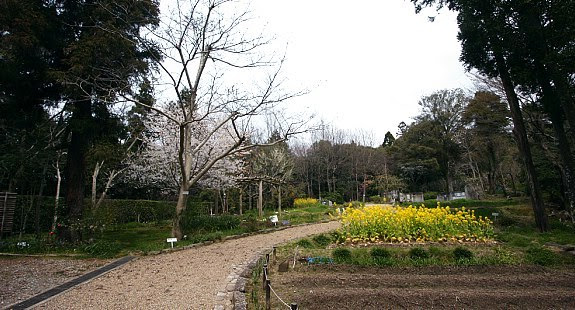 Located a short walk from the Kasuga Shrine main complex is the Kasuga Taisha Shinen Manyo Botanical Garden. This garden displays about 250 kinds of plants described in the Manyoshu, Japan's oldest collection of poems which dates to the Nara Period. A large part of the garden is dedicated to wisteria flowers which usually bloom from late April to early May.
The shrine grounds also contain a Treasure House near the main complex which displays the shrine's relics. These include two sets of large ornate drums. Additionally, the Kasuga Primeval Forest, a sacred old-growth forest belonging to the shrine, covers the mountain behind Kasuga Taisha, however, it is closed to the public. 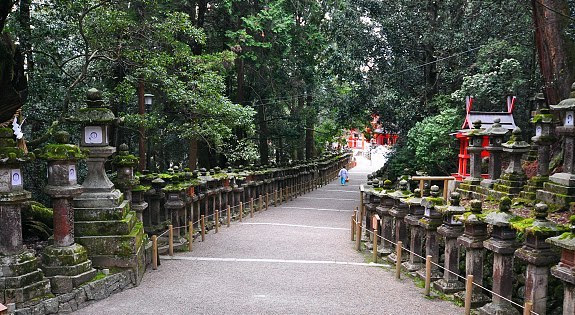