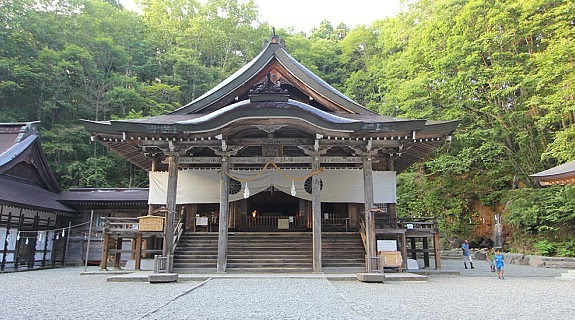 Togakushi Shrine (戸隠神社, Togakushi Jinja) consists of a lower, a middle and an upper shrine in the forested mountains northwest of Nagano's city center. The shrines are related to an important story in Japanese mythology in which the Sun Goddess hid herself in a cave in present day Takachiho on Kyushu after her brother had misbehaved, thereby bringing darkness to the world.

In order to get the sunlight back, the other deities tried to lure the Sun Goddess out of the cave by performing spectacular dance performances in front of it. As the Sun Goddess took a peek out, one of the deities grabbed the cave's stone door and threw it away to prevent her from hiding again. The stone door flew all the way to Togakushi in Nagano Prefecture, which is also how the area got its name: Togakushi literally means "hiding door".


Today, the upper shrine worships the deity who grabbed and threw away the stone door, while the middle shrine enshrines the deity who organized the dance performances in front of the cave. 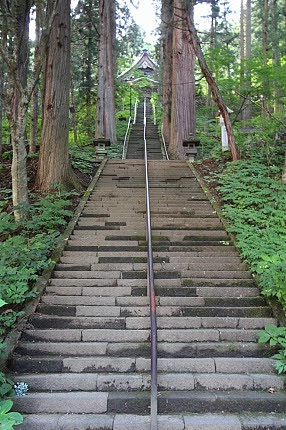 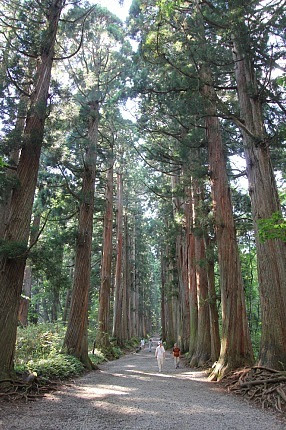 
The shrines of Togakushi are connected both by roads and hiking trails up the mountain's forested slopes. Visitors would first arrive at the torii gate of the lower shrine, where a long flight of stairs leads to its praying hall. A two kilometer ascent from here takes you to the middle shrine, which stands at the top of a small town of shops and restaurants. The shrine features a praying hall with nice architecture, a small waterfall, and sacred trees which are over 800 years old.

The entrance to the upper shrine is a further two kilometers uphill from the middle shrine. From the parking lot and bus stop starts the two kilometer long approach to the shrine, which is lined by over 300 tall cryptomeria trees, passes the thatched-roof Zuishinmon Gate along the way, and ends with a series of stone steps. The shrine's main hall spectacularly stands in the steep mountainside of Mount Togakushi with the mountain peaks towering above.

An alternative trail to the upper shrine leads via Kagamiike ("Mirror Pond"), a serene pond which reflects the surrounding mountain landscape nicely. Note also that the Togakure Ninpo Museum is situated just next to the entrance to the upper shrine, while the Kids Ninja Village is close in proximity to the middle shrine, making interesting additions to the shrine visits. 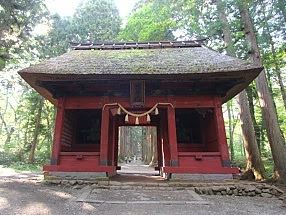 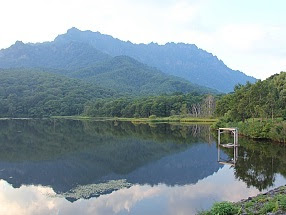