This famous cathedral, a masterpiece of Gothic architecture on which construction began in the 12th century, stands on the Île de la Cité and is the symbolic heart of the city.

Not the largest cathedral in the world, the Notre-Dame might be the most famous of all cathedrals. The Gothic masterpiece is located on the Île de la Cité, a small island in the heart of the city. 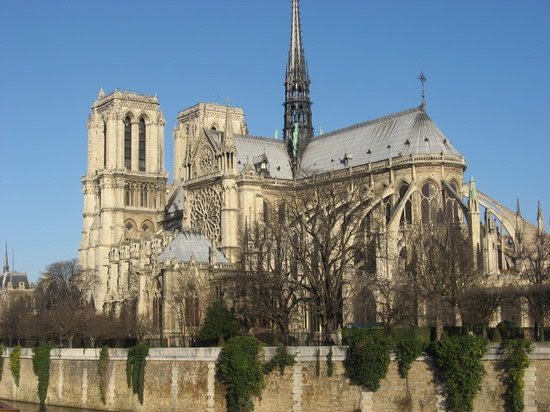 The site of the Notre dame is the cradle of Paris and has always been the religious center of the city. The Celts had their sacred ground here, the Romans built a temple to worship Jupiter. A Christian basilica was built in the 6th century and the last religious structure before the Notre-Dame construction started was a Romanesque church.

Bishop Maurice de Sully started the construction in 1163. The Cathedral was to be built in the new Gothic style and had to reflect Paris's status as the capital of the Kingdom France. It was the first cathedral built on a monumental scale and became the prototype for future cathedrals in France, like the cathedrals of Amiens, Chartres or Rheims, just to name the most famous. 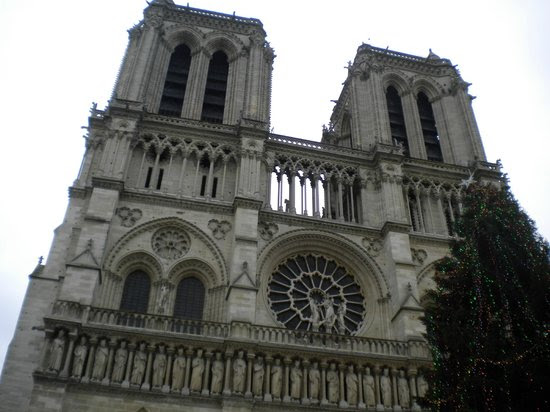 It took until 1345 before the cathedral was completed, partly because the design was enlarged during construction. The result is an overwhelming building, 128m long (420 ft) with two 69 meter tall towers (226 ft). The spire, which reaches 90m (295 ft), was added in the 19th century by Viollet-le-Duc. The Notre-Dame Cathedral has several large rose windows, the northern 13th century window is the most impressive. The massive window has a diameter of 13.1 meter.

The frontal west facade features three wide portals; above the portals is the Gallery of Kings - 28 statues of Judean Kings - and higher up are the famous gargoyles and grotesques. The spectacular eastern flying buttresses at the east side of the building are 15m wide.

During the Revolution, many of the cathedral's sculptures, gargoyles and interior was removed or demolished. Even the gallery of Kings was severely damaged: the revolutionaries though the statues represented French Kings.
It wasn't until the 19th century before the Cathedral was fully restored thanks in part to the writer Victor Hugo, who with his book 'Notre-Dame de Paris', made the Parisians realise the cathedral was worth restoring. The 20 year long restoration was led by a local architect, Eugène Emmanuel Viollet-le-Duc. Viollet-le-Duc made drastic, controversial modifications to the building and even added a spire. The cathedral was restored again between 1991 and 2001, this time the historic architecture was carefully preserved. 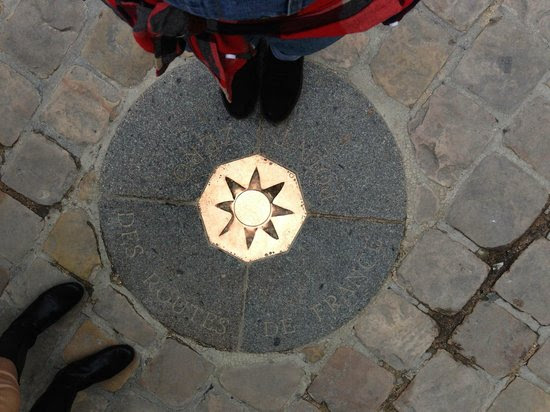 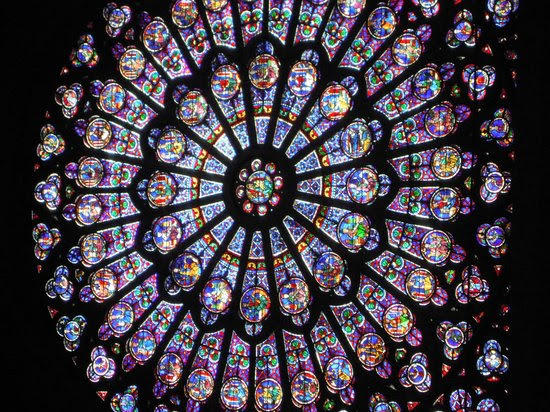 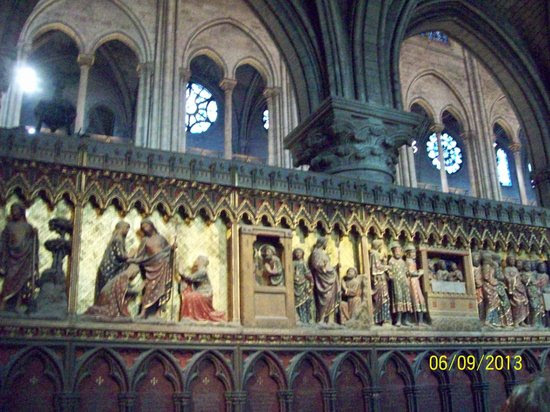