The Louvre is a huge art gallery housed in an old Parisian palace. It holds a collection of nearly 400,000 items of art and historical objects in its permenant collection. This collection includes the Mona Lisa and Venus De Milo.
It can be accessed through the Paris Metro at the Palais-Royal–Musée stop (Lines 7 (pink) and 1 (yellow)) and buses  21, 24, 27, 39, 48, 68, 69, 72, 81, 95 stop outside the Pyramid). There is also a nearby stop for the Batobus. There is an underground carpark nearby. 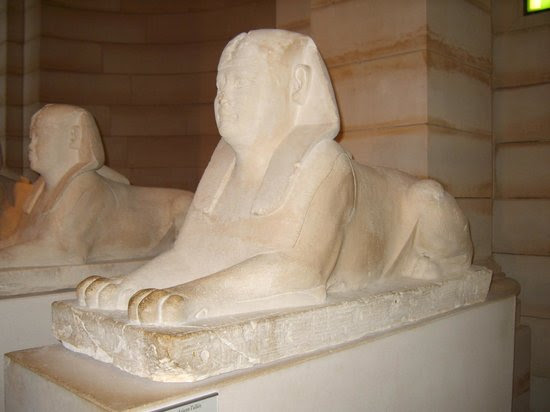 It is open every day except Tuesday from 9am and on the public holidays of Christmas (25th December), New Year's Day (1st January) and May Day (1st May). Entrance on the first Sunday of the month and on July 14 is free except for the temporary exhibitions in the Napoleon Hall. The museum opens late on Wednesdays and Fridays until 9:45pm.
The entrance price is 10€ without the temporary exhibitions of the hall Napoleon or 14€ for the combined ticket, but entrance is free to: under 18s, residents within the EU who are between 18 and 26, primary and secondary school teachers in France, teachers of art and art history, artists affliated with the French Maison des Artistes and AIA, unemployed receiving benefits and persons with disabilities plus one carer. Please check with the museum in advance on which forms of ID they accept. On Fridays after 6pm, the gallery is free to anyone under the age of 26, regardless of nationality. Tickets for the Permanent Collections are also valid for the museum Eugène Delacroix next to Saint-Germain-des-Prés church.
You can buy tickets from the Louvre itself (there are ticket machines in the entrance hall), from the tabac (tobacco store) in the Louvre Carousel (which is the shopping mall attached to the Louvre), in advance from the Louvre Website and also in advance from several retailers in Franc: Auchan, Carrefour, Cora, Cultura, Extrapole, Fnac, Le Bon Marché, Printemps, Galeries Lafayette, Géant Casino, Leclerc, Madisson Nuggets, Mediastore, Paroles et Musiques, Virgin Mégastore. The retailers often have a charge for selling these tickets. Buying a ticket in advance, either from the Louvre itself or through any other means above is advisable as there is often a long queue for tickets early in the day. The ticket is open for one year from the date of purchase.
You can also access The Louvre as part of the Paris Museum pass. You can buy this, and find more details at the Paris Museum Pass Website.
There are several entrances for the museum, with priority access for those with tickets and priority for certain pre-booked groups. The entrance points are not well signposted outside the museum itself, so consulting a floor plan from the Louvre Website in advance is advisable. You can enter mainly from the Pyramid or Carousel entrances, from the Portes des Lions of the south west wing and from the passage Richelieu for groups and visitors already bearing a pass or ticket, but there is a priority entrance for those with tickets at the Pyramid. Expect to have your bag searched on arrival and be asked to put large items in the cloakroom
Within the Louvre itself, you can pick up a free floor plan from the information point and this is available in 12 different languages. You can also purchase an audio guide. The information accompanying the objects within the museum is only in French; although there are large sheets in several languages in some of the rooms with some information about the objects within. The Mona Lisa is signposted from the entrance to the Denon wing and the other major works have signage close by.
Inside the Louvre are located 2 restaurants, the cafés de la pyramide, below and above the north west mezzanine of the Pyramid and 4 cafés, on the 1st floor terraces of the Denon and Richelieu wings overlooking the Pyramid and at both extremities of the passage leading to the Carousel du Louvre, where is as well located a large food court with several kinds of cuisines. Finally, the café Marly is accessible from the Napoleon courtyard in the Richelieu wing .